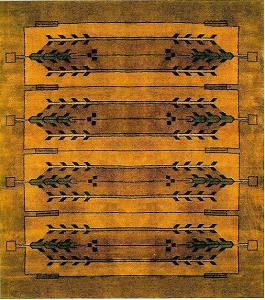 Our collaboration with Michael FitzSimmons, which last year produced the very successful GuildCraft Collection of C.F.A. Voysey designs, is active again on a new collection to be introduced later this year. Inspired by the collaboration between Frank Lloyd Wright and George Mann Niedecken in the first decade of the 20th century, an example of which is shown here, the collection will be authentic enough to satisfy the most demanding purist, while having broad market appeal.