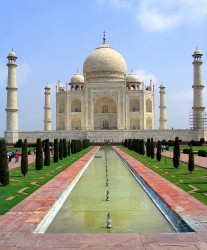 From the tents of nomads to the finest court ateliers of sultans, mughals, and kings, pile carpets have long symbolized wealth, rank, prestige and luxury.

In the royal court workshops of the Ottoman, Persian, and Indian empires, the design and creation of carpets was the province of highly respected and skilled artisans. Carpets were not made for commercial sale, but were commissioned for palaces, as dowries, or as gifts for kings, queens, and foreign dignitaries.

Inspired by these court ateliers, the King of France established carpet production for his own use, first at the Louvre and later at the Savonnerie. After the exclusive rights of the royal family were rescinded, the tapestry weaving studios at Aubusson began to manufacture carpets. England, Ireland, and Spain also developed facilities for fine carpets made to order. 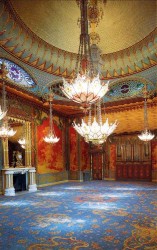 In the 19th century, advances in communication and transportation and the advent of synthetic dyes laid the groundwork for the modern carpet industry in Turkey, Persia, and the Near East. Carpets were made commercially for upper-class consumers in Europe and America, and distributed through retail merchants. This commercial weaving was a major departure from the tradition of weaving by special commission, involving the patron in the design process.

These days, people believe you can buy only what is offered in a store. The idea of “custom” has been reduced to choosing a design off the rack and modifying the size or tweaking the color. In the British Isles, the term “bespoke” is used, and even though it really just means “made to order”, somehow the word conveys the special and refined nature of having a work produced just for one. I’d like to see the term come back into current use on this side of the pond as well. 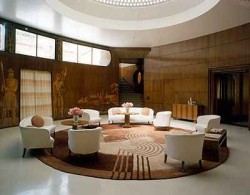 Having the option to commission a carpet specific in color, design, and size was an option available once only to royalty and nobility. We believe it is time to revive the tradition of genuinely bespoke carpets that are designed and crafted as works of art. If this idea appeals to you, please visit our Custom Carpets page for details and more information about how you can commission a carpet of your own.